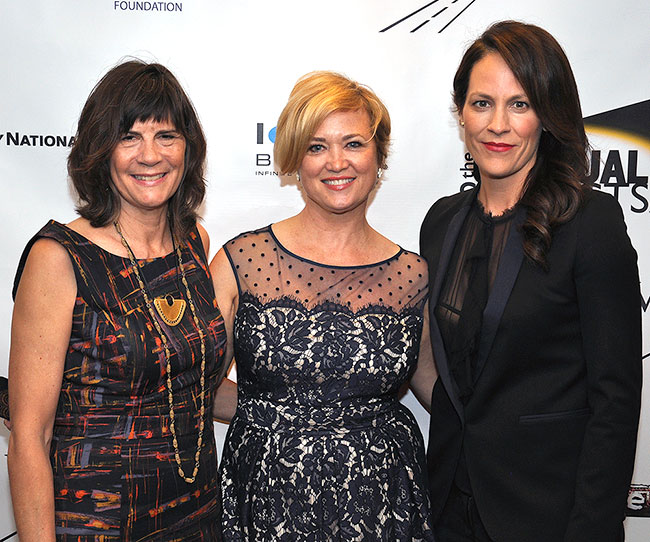 Los Angeles (October 15, 2015) – The Unusual Suspects Theatre Company, a nonprofit organization serving at-risk youth in Los Angeles County announces David Kietzman will lead the organization on an interim basis. Long-time executive director Sally Fairman is stepping down to join her husband, who recently moved to Europe for business. Mr. Kietzman will work with Ms. Fairman until she leaves in November.

“We are pleased that David, who knows our organization well, has agreed to carry forward the momentum Sally and her team have built while we search for our next leader,” said Deborah Lintz, board chair for the organization. “Sally has put together a great framework to continue The Unusual Suspects’ significant contributions to our community.”

Mr. Kietzman has worked in partnership with The Unusual Suspects since 2007 as founding executive director of Valley nonprofit Youth Speak Collective (YSC). After 10 years leading and building YSC, Mr. Kietzman stepped down earlier this year to begin his own consulting business.

“I’ve worked closely with The Unusual Suspects for the past decade and have seen close up how they help change the lives of the young people and the families they serve. I’m looking forward to working hand-in-hand with their dedicated staff and board to continue meeting and even exceeding their plans for growth,” said Mr. Kietzman.

The Unusual Suspects provides its intensive arts programming in multiple school, probation and community settings to over 600 youth each year and reaches nearly 10,000 community members through its unique brand of theatre ensemble.

“It has been my absolute pleasure and privilege to serve the mission of this organization. Our youth, volunteer mentors, staff and board members have played a vital role in developing our work; and today, the demand for our program continues to grow”, said Ms. Fairman, who has served as executive director since 2005.

The Dwight Stuart Youth Fund is one of many funders that have supported The Unusual Suspects because of its arts focus and collaborative approach to strengthening youth and their communities.

“The Unusual Suspects has consistently delivered quality programs within a larger social justice context. Each year, the organization has been able to withstand economic volatility to meet the increased demand for its program. We are a leader in support of their three-year expansion plan and will continue to be invested in its success.” – Wendy Chang, Director, Dwight Stuart Youth Fund.

Founded by Laura Leigh Hughes in 1993, The Unusual Suspects has received numerous awards, including The National Juvenile Justice Award (2000), The National Youth Arts and Humanities Award (2007), and he Otto Rene Castillo Award for Political Theatre (2013).

For more information about the organization, visit The Unusual Suspects.

The Story of Jamie