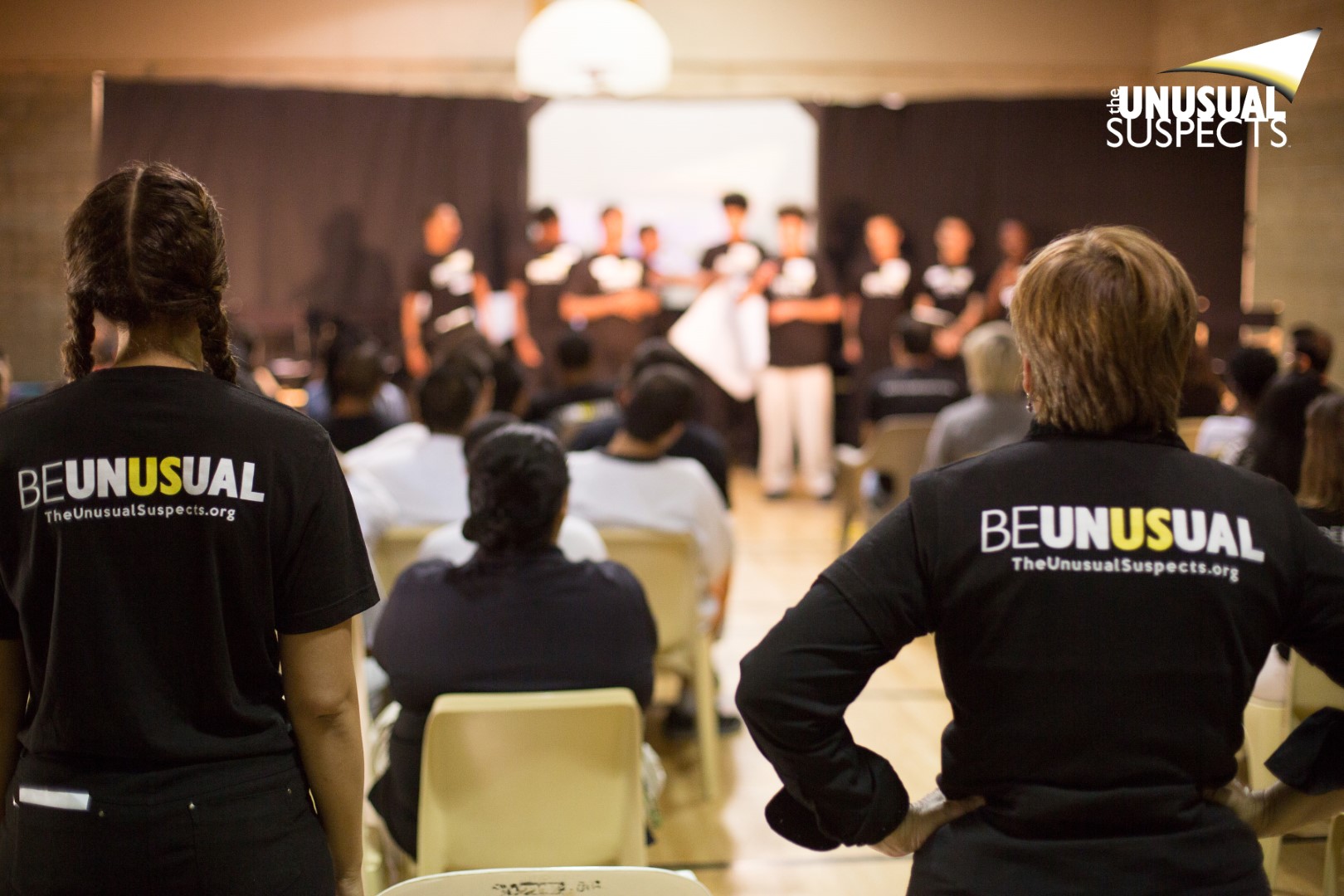 by Melissa Denton and Tameka Carter

Thousands of nonprofit organizations are working in California’s poor neighborhoods and schools. If California is going to address the growing gap between rich and poor, communities will need to be more effective in helping young people. The nonprofit Unusual Suspects Theatre Company works with at-risk youth in Los Angeles County. Melissa Denton is the executive director of the Company and Tameka Carter is on the Company’s board and an alumna of the program.

We congratulate the California Economic Summit for promoting this conversation about how to Elevate California. Developing a consensus about how to develop public policies that lift millions of Californians who live in or near poverty into the middle class is long overdue.

The solutions are wide and varied. It’s a complex issue. And nonprofits, big and small, have a big role to play.

At The Unusual Suspects Theatre Company, we think, like many nonprofits in California, that we are part of the prescription. We mentor youth to write and perform their stories, using theater to champion those most desperate to be heard and toughest to reach. The stories they tell are tough, gritty and reflective of their lives. Themes like living in drug-infested and crime-ridden neighborhoods where violence, physical and sexual abuse, and gender identification are explored.

These youth are just like middle-class kids in California. They have great ability and bigger dreams. They just don’t have as many chances or as much support.

They are looking for what many children take for granted: a connection and access to a support system that often doesn’t exist. Often, these young people are left to virtually fend for themselves. So, getting them to trust us as mentors and other youth as colleagues is job one.

They learn over time to work together and collaborate together.

When that happens, magic starts to happen. They start to find a reason for optimism.

The results are they do better in school, stay out of trouble, and use drugs less.

Tameka Carter—one of this article’s co-authors—was a homeless Los Angeles resident. She joined The Unusual Suspects Theatre Company and began to find her voice. She was able to tap into her creativity and find an outlet to communicate the hardships she experienced living on the streets. As a result of the program, Tameka said, “A whole new world of creative expression and self exploration opened up to me.”

Ultimately, Tameka graduated from California State University, Long Beach with a degree in English. Currently, Tameka is employed as a typist clerk at Harbor-UCLA Medical Center and is the first Unusual Suspects alumni to sit on our board of directors.

Then there is Edwin O., who was incarcerated at the age of 17 at Camp David Gonzalez in Los Angeles. If you are in “the system” when you are a teenager, your future often involves being incarcerated as an adult. Edwin was one of 20 boys who are part of the theatre program we teach at the Camp Gonzalez. He collaborated with the other young men to write an original play titled, The Lost Disciple.

At the culmination of the program, Edwin reflected, “What I’ve learned from this group is to say yes, and. I think that’s the part that stuck to me the most. It taught me to be more open minded, to let people speak before commenting, and to see it through to the end before giving my opinion.”

Every child from every neighborhood deserves a place to belong, the freedom to safely express themselves, an opportunity to be seen, heard, and known, and the chance to dream and achieve beyond their circumstance.

In California, if we are going to make the case for addressing economic insecurity and expand the middle class—and we need to—we can’t be successful unless these youths and the people that work with them are included.

One Play at a Time

What role will you play with US?